For a movie where you can’t expect surprises about the main story line — because it’s in every history book — this movie certainly did not disappoint! In fact, First Man is a phenomenal movie.

The opening scene immediately sets the tone. In a shaky, chaotic, sweaty and nervous test-flight, a few years before the moon landing, we are introduced to Neil Armstrong. But also to the fact that mankind is already pushing the limits of technology: this notion will be a recurring theme in the movie. There are no expensive special effects in the scene but you do feel you are there, with Neil, in the cockpit. So trough this film, we might get a chance to experience what that must have felt like (and even more so, of course, later on in the movie).

Even though this was just an early test flight we also immediately get a sense why Neil Armstrong was picked to be the first man on the moon years later. He is able to keep it together in the most stressful situations. This makes Ryan Gosling the right actor to play him. Gosling has the most perfect cool and collected demeanor of any actor out there right now. Or, if you’re on the other side of the Gosling appreciation spectrum, you would call him stoic and stiff. Either way, both work for this part. 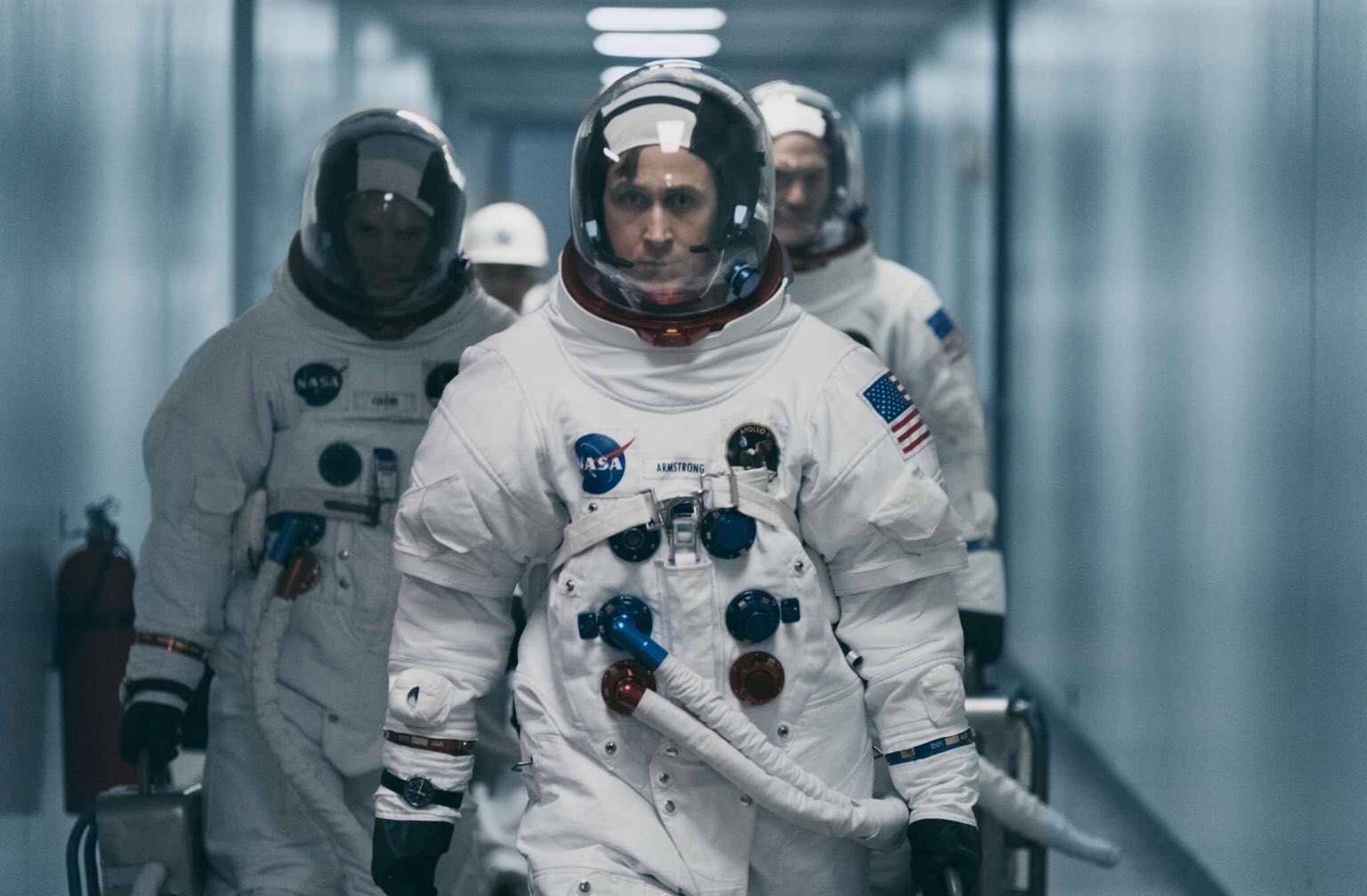 I calculated Neil Armstrong was about exactly my age when he walked on the moon (minus 12 days), maybe that’s why I so strongly felt I could relate. Or maybe it’s all of the above reasons why I like this movie. Either way: this movie is now on my favorites list. This is a phenomenal movie about the greatest endeavor mankind ever accomplished. Go see it.