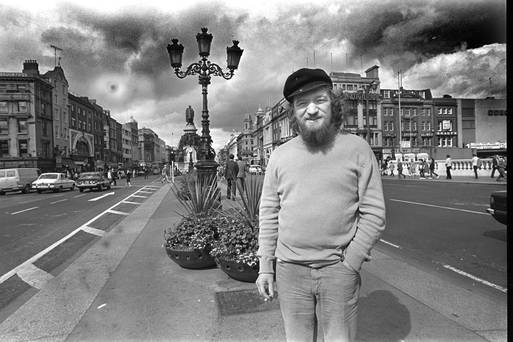 Whether it’s blogs, podcasts, movies or the YouTube algorithm, if you keep your ears open there’s always new music to discover. So here we go in no particular order.

Of course this list couldn’t be complete without Morrissey. So let’s start with him. He dropped a new album, caused a lot of drama about (misinterpreted) quotes in the news and consequently maybe even sabotaged his new album that way. On the lead single for the album he shares some words of wisdom about the modern times and preferred attitude towards the press (‘stop watching the news’). Coincidence?

We had a guy paint our house this year, and he pumped this song from his portable JBL speaker. I didn’t know this song, but it immediately struck a familiar chord with me. 1961, the vocals, the suits, the horns and the clapping. I love it. And Dion DiMucci is still performing, so it seems.

I don’t know whether the Bleachers have reached the charts yet or popular radio for that matter, but this song has all the markings of a typical pop hit. Bombastic, melodic and a sing-along-chorus and they’re not too bad live either. That’ll work. By the way, the intense singer, with the Mets tank top and Star of David around his neck, is Jack Antonoff who you might recognize as the guitar player for Fun! (who had a string of gigantic pop hits a couple of years ago).

Staying with the money theme, Arcade Fire dropped a new album. This track asks to put your money on them. Is there an ArcadeCoin yet?

I heard the backstory for this REM song in a podcast. So heartbreaking and warm at the same time.

I really, really like the music of this next band. There are no new tricks or sounds here, you have heard most of it before. But they combine familiar elements just right to create an addictive and energetic total. The vocals are stadium size and the rhythm section is literally banging (just look at the fun the drummer is having), My Goodness. Just 247 views. Why??

So last year, I had a Dylan track on my list. Here we go again, a live version of Blind Willie McTell I did not know before. Dylan doesn’t compromise and I love and hate him for it.

Ok, so I had never heard of Prefab Sprout. But this song was featured in a scene from the movie The Meyerowitz Stories and it just clicked. It definitely bares the marks of a time when things were simpler as it is heavily influenced by the sounds of that era but at the same time you can tell this is a band that marches to their own beat.

Here’s another one I picked up from a movie: Hunt for the Wilderpeople. Such a fun, feel good movie, and this song by New Zealand band Moniker was such a perfect fit for the car chase scene.

Did you know Fleetwood Mac’s album Rumours still enters the charts every now and then? There is just something about that 40+ year old album that transcends generations. I don’t know too much about Sunflower Bean but I know they probably own that record too. Nothing wrong with that.

Soundcloud seems to be ruled by face-tattooed, self-deprecating rapping sad boys who take way too much xanax and everything else and whose rap names all seem to be prefixed with lil’. The list of names is almost comical at this point. But the music is as raw as it comes and serves as a soundtrack to a fascinating cultural movement happening away from the mainstream (if that even exists anymore). There are lots of parts I don’t understand about it. In some ways it’s like the movie Kids came to live. But I can tell that the expression of rawness is youth rage and teenage angst at work, and that is all too familiar.  But with such a culture also come casualties. Lil Peep (Gustav Elijah Åhr) passed away two weeks after turning 21 from a drug overdose. And, in almost classic fashion he left behind songs with suggestive titles as “Better Off (Dying)” and “Pray I Die”.

What is there to say about someone who was barely 21? In the end he was just a young, goofy but also troubled kid with parents who loved him. But without protection from things like fame and drugs. But also, this ‘beamerboy’ was as talented as they come on Soundcloud. From all the hard sounding rappers on there he seems to have had real knack for melodic, guitar influenced beats. Like this next track which is based on a sample from Yppah – Never mess with Sunday. What’s striking is the parts he borrows are not the parts you’d expect for a (then) 18 year old rapper. Over the looping guitar riff he lays on some teenage angst time-windowed lyrics with an already distinct flow and pace. It’s something. It’s not a track I would normally listen to myself, it’s rough, coarse, short and feels unfinished, but it’s also probably one of the most honest things on this list. “This music’s the only thing keepin’ the peace when I’m fallin’ to pieces”.

The War on Drugs probably delivered the best rock album of 2017. After seeing them live I still wonder whether this is because they’re the best band or that there are less bands to compete with. Still, this is an amazing and carefully crafted track and one of my favorite songs of 2017.

So, I didn’t really know who Luke Kelly was, yeah I know….sorry about that. This man was a force of nature . And you can never really go wrong with a banjo, right? I love it. Preach, Luke.