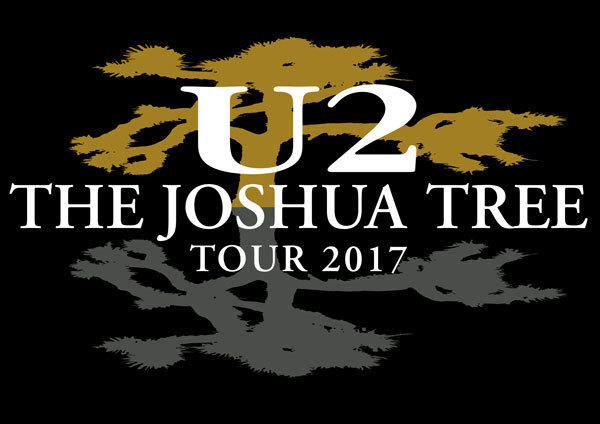 When the Joshua Tree came out in 1987 it catapulted U2 from a great rock band to the greatest rock n roll band in the world. Critically and commercially there was no way around them anymore. With four albums under their belt and a dedicated fan base as a result of a half decade of relentless touring these 25 and 26 year olds had retreated and successively knocked it out of the park with their greatest work yet.

What you hear on the Joshua Tree is a band that’s at the peak of their creative ability and is exactly at the right place in time. This combined with razor sharp focus and complete dedication results in nothing short of a force of nature.

From the opening generation defining guitar riff to a part gospel where Bono actually screams the entire song from the top of his lungs without you noticing to one of the greatest love songs ever written to the hidden brutal honesty of Running to Stand Still and to the dark bass song that is Exit. There are no fillers. (A feat they only topped once in the rest of their career). This point is underlined by the incredible B-sides that accompanied the albums’ singles. These B-sides would count as any others’ band greatest work. Like this next song. I’ve always loved the line: “He said he was an artist. But he really painted billboards. In large capital letters.”

Recorded in the 80s, the Joshua Tree is completely a product of that era while at the same time it wears absolutely no marks of that era. A timeless piece of music.

I was of course too young when they first toured the album. But I have a very clear memory of the Where the Streets Have No Name video. And when I was sixteen I read a U2 bio that had been published around the time the Joshua Tree came out and it made me a fan for life. The Joshua Tree was the first album I bought after reading it, and I know exactly where I was and how I felt when I played it for the first time.

So, I must be pretty excited for the new tour? Well. Sort of. (And of course I’m going).

This band playing the songs they created 30 years ago, is not the same band that created these songs. This is not U2’s fault, this how things go in music and life. Just like you will never be able to experience the Arctic Monkeys live again around the time their first album came out. Time moves on. Things change. Energy changes. The four guys on stage at the core will be the same people but that specific moment in time has passed. The world and their world in which they created the songs has changed. They have made other music since, they have done other things in life,  and they have played these songs literally 100s of time. That’s fundamentally different from a band that goes out on tour with new fresh songs, that nobody knows yet, to try and get them in the collective mindset of their fan base.

Having a tour where you celebrate the 30 year anniversary of your most commercially successful album, with the same 4 people is something no other band has done. So, yes it is special. And I am curious to see how they will handle it. I don’t think U2 will play the role of a glorified tribute band to their own 80s self. They will try to add something new.

And this last part is what bothers me a bit. Where is the new music? Is this tour a cheap cop-out, an easy way to make money? Let’s be honest, if you’re a U2 fan you are so mostly because of the music they made in the 80s and 90s. Except, the last album had some really killer tracks on it. Some of their best work this century!  Particularly Every Breaking Wave. This is one of the best U2 songs. Because it works as a rolling rock song with a thumping base, but it also works as an almost acappella song just carried by Bono’s voice (just give it a listen). It is something else. Or how about Ordinary Love, which was a non-album song for the 2013 Mandela movie. Tremendous song. So I would like to hear more new music! Are they still evolving as a band or were these one-offs? Apparently there will be a new album after this tour, yes please! Or maybe we can expect a Achtung Baby anniversary tour? I am all for that!