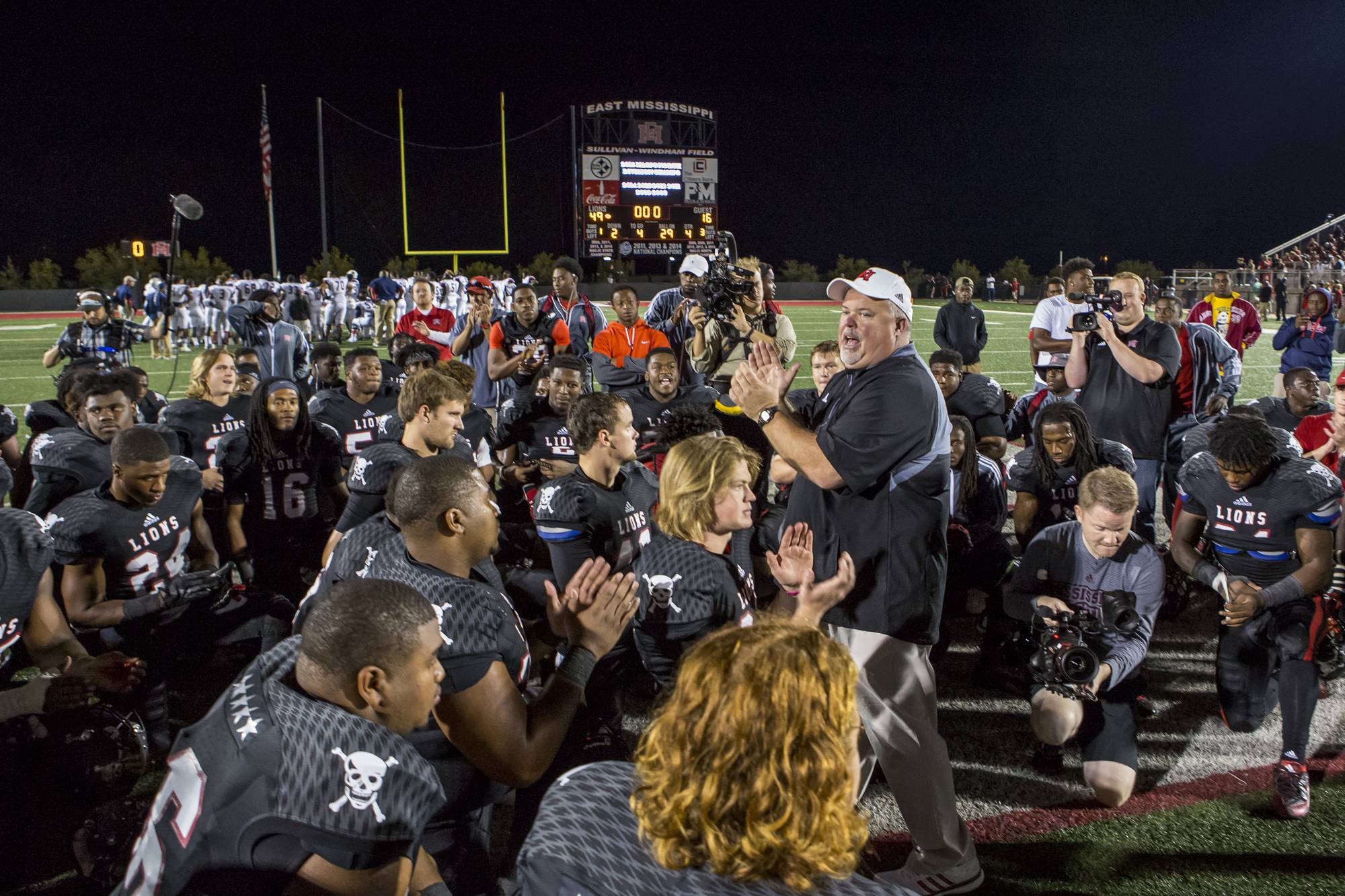 My favorite Netflix show, by far, is Last Chance U. A documentary where the EMCC football team is followed for an entire football season (so around 10 games). As the name implies and what makes this show different is that this team usually consists of a few (very talented) outcasts, that have a last chance at a decent college career (and maybe even the NFL). Guys that, for whatever reason, were cut from other top programs, and need to rehabilitate themselves before moving on by being picked up by another team. This premise immediately sets the tone.

I like this show because it works on different levels. Yes, it is also about sports but mostly it is about people finding their way in life and trying to utilize a very small window of opportunity. Because of the brutal character of football it a good fit with the shows’ theme. But it could just as much be about the choir or volleyball team (it’s about people!).

But, another reason football works well, is because this sport in particular seems to have an abundance of very talented kids from unprivileged situations that seem to be getting in trouble quite a bit when exposed to a bit more luxury.

This luxury is having a NCAA Division 1 (D1) scholarship and preferably at a popular school. Having played on a D1 level myself I know a little bit about this and being a football player at D1 school is nothing short of being a (local) celebrity. There are many privileges involved. Of course there is the faint notion of being a student-athlete. A term that implies that there is 50/50 balance between the two aspects. And sure, you can get a pretty decent education when you apply yourself (and of course lots of guys do). But the school itself is mainly interested in your athletic abilities. Because for most schools and the league as a whole, this involves A LOT of money. Coaches get paid millions, games make the school millions. So it is their interest to have successful sports programs and attract the best players. Players that get paid 0 (zero) money, but they get everything else. 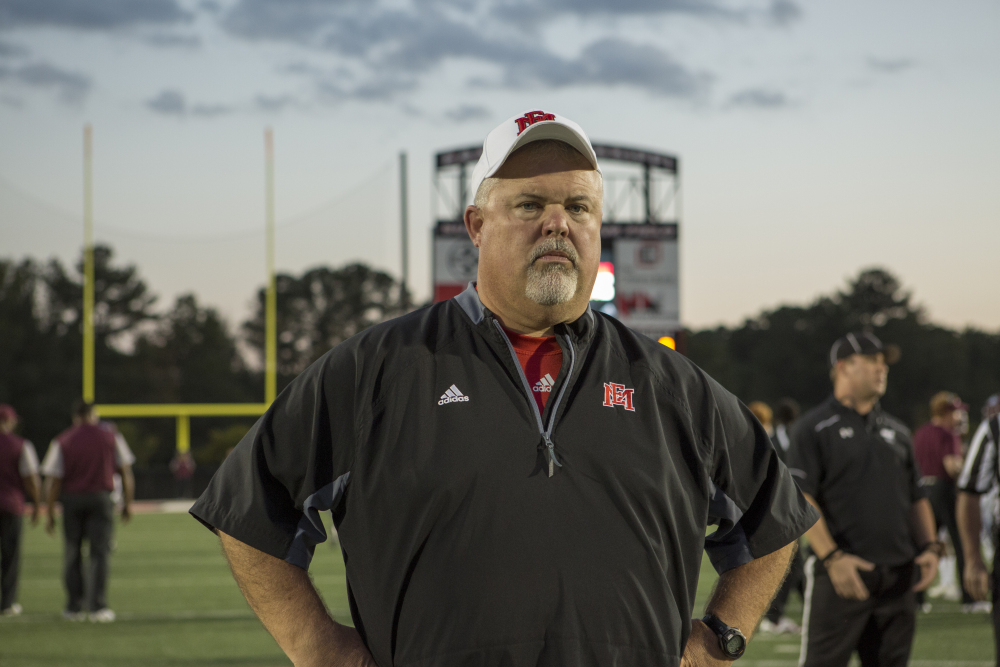 So back to EMCC. This is what is known as a Junior College (sometimes called Community College). These are mostly 2 year colleges you can attend between high-school and ‘real’ college. As a step up, because you need some extra classes or because you can’t afford to go to a college. Being a sport-crazed country, ‘jucos’ also have sports programs (of course) which is organised in their own league (NJCAA). Which is mostly inferior to the real colleges. Most real colleges are organised by the NCAA and have three Divisions. Where the top Division (D1) consist of 345 schools!  And this is where it gets interesting. The NCAA has very strict rules. Rules about eligibility. Who can play,  how long can you play (max 4 years spread out over 5 years), what grades do you need, what they can pay you (nothing!). This is all very strict!

So here’s what happens, a very talented kid gets recruited to a D1 school, gets in trouble there, they cut him from the program. So he wants to get back on the horse. That’s where EMCC or others Jucos come in. They pick up these players, and give them exposure at a very decent level so other D1 coaches can track their rehabilitation and scoop up talent. EMCC particularly seems to have a knack for picking up those kids and getting them back on the horse. And top JuCo schools tend to play a couple of notches above their level, because of all this raw talent.

Because most players featured in the show have a backstory as a starting point, it makes for very interesting TV. From the players’ point of view, but also from the coaches and administrative staff. And this last aspect is particularly well high-lighted. The effort involved in getting these guys the right grades and getting them to attend class. You wouldn’t believe. They are of course full-time athletes (even though some lack a professional attitude) and school is just a burden for them. A nuisance they have to deal with. And EMCC does everything it can to help them. Wake them up, schedule their meetings and classes, counsel with them, do assignments. Everything. Even when all these kids seem so to care about is playing with their phone.

I keep talking about “kids” but most of these guys are absolute beasts, height and weight size.  You wouldn’t think you’re watching 19, 20 year old kids. And you try getting a 250 pound 6’6″ guy to attend class that doesn’t want to! 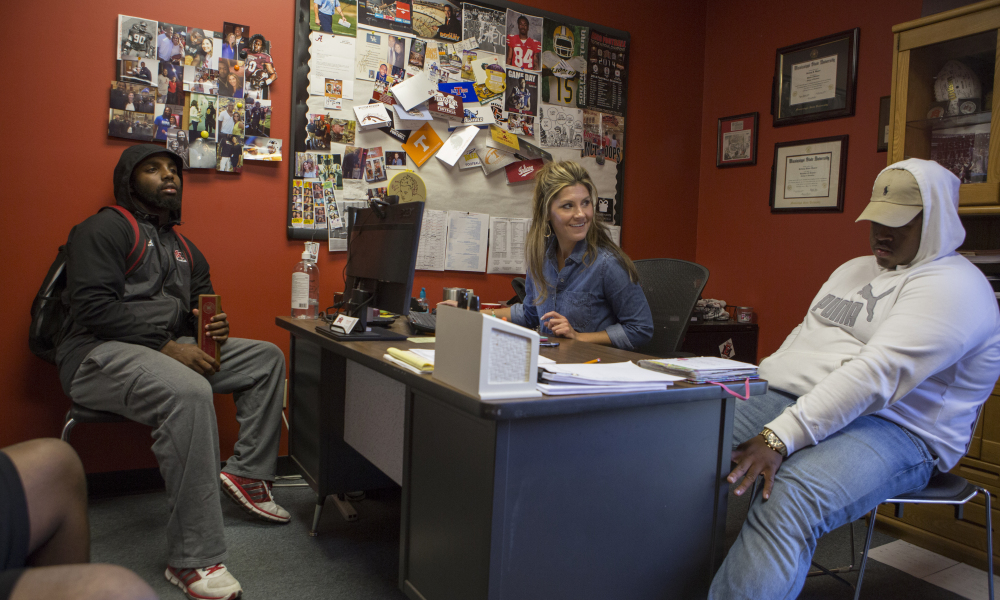 Brittany aka Miss Wagner: the real hero of Last Chance U

The second season was just added to Netflix and I binge watched it. I love it. This second season was just as great as the first. Full of characters, painful backstories, satisfying redemption stories, great football, coach quarrels and people fighting to get to the next level. What I also like about this season that they sometimes break the fourth wall. Everyone involved knows the impact of the first season of the show and they don’t shy away from it. I like this. It adds to the authenticity.

However for a show that thrives on authenticity my only point of criticism has to do with the sound editing. Yes, they play some decent football but it is still NJCAA so they don’t play for 70.000 people. Some games there are just a few 100 people spread out around the entirety of a football field. But the sound edit in the game scenes make it sound like they’re playing in a huge stadium. I know what a couple of 100 people at a football game sound, I have been to a few. They sound nothing like Last Chance U directors want you to think 😉

But apart from that it is just a tremendous show. With great characters all around. Will the coaches and staff be able to turn some kids’ attitude and therefore future around? This season we’ve seen someone charged with burglary baptized and another who constantly kept fighting his coach and didn’t seem to improve as a human being be picked up by a top 5 school (?!) because he did improve as a player…. you can make up your own mind about this. This story all plays out against the backdrop of a small, rural town in deeply religious heartland of Mississippi. Highly recommended!